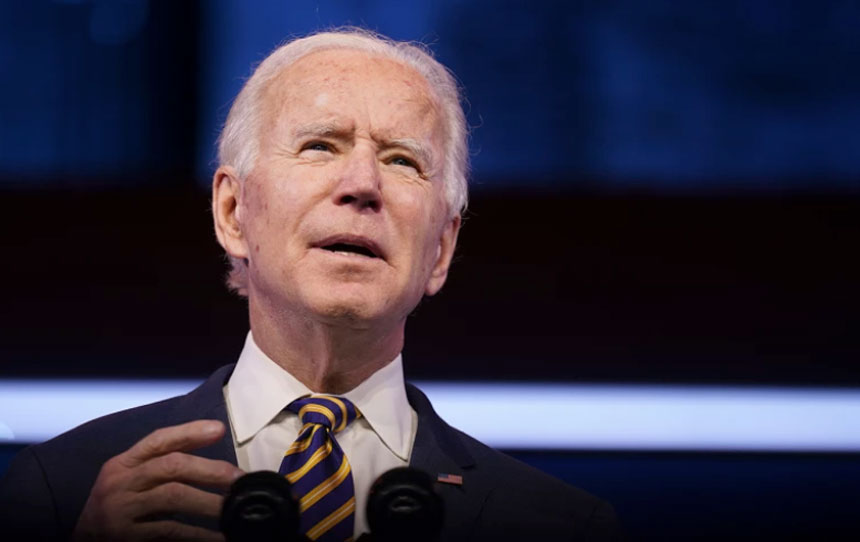 To everyone saying that Joe Biden’s “loan forgiveness” proposal is “Christ-like” and the federal government is reflecting the Gospel by modeling forgiveness and grace, I hear you guys. Grace, forgiveness, freedom from bondage – that’s all part of salvation. Jesus did forgive our debts. He calls us to forgive our debtors. Scripture scolds people for charging certain kinds of interest, and for being greedy debt-collectors. And Scripture warns against getting into debt. There’s a lot in Scripture about debts, interest rates, and loans. And the Gospel is often described, rightfully I think, in terms of “debt” and “forgiveness.”

Let’s see, however, if all that redeeming stuff ACTUALLY applies to the Biden proposed debt-redistribution plan.

First, when a debt is owed, there are two parties who have a right to “forgive” that debt – the person financing that loan and God Himself. Now, the gov’t isn’t God. Biden isn’t Jesus, and we’re not a theocracy merging church and state either. So, while Federal authorities might sometimes be PLAYING god, they aren’t God. In that way, redistributed debt is a false analogy to the Gospel.

Second, that leaves one rightful party who can forgive the debt – the financer. In this case, that would be tax-payers. Now, there’s a good chance that this Biden proposal falls apart precisely because Biden lacks the authority to do this, in part because he’s working (with the gov’t) as the broker/steward of our tax-dollars, and he’s not financing the loans the way the American people are broadly. Biden and his entire administration aren’t qualified to “forgive” those loans since it was never their money. The gov’t works for us – the American people. We employ the federal gov’t. They are our servants. We’re not their servants. We have no king – but Christ alone (sola Christus). As such, the federal gov’t is disqualified on two counts: they aren’t God and they aren’t even bankrolling the loans – they’re just brokering the loans. As such, they aren’t qualified to forgive loans, strictly speaking. In this way, redistributed debt is a false analogy to the Gospel.

Third, if the Biden administration isn’t the lender financing the loan, and if they aren’t God, there’s one more way that they can reflect this Gospel through “debt forgiveness” – they could personally pay for someone else’s debt. That would happen if Biden (or the Democrat party, or congress, etc.) signed a $300 billion check to pay for those student loans – taking the weight of our debts on himself, enduring the loss, and sacrificing for our sake. That would be somewhat analogous to Jesus’s work on the cross. Biden’s not doing that though. Neither is His administration, or the federal gov’t broadly. In this way, debt redistribution is a false analogy to the Gospel.

Fourth, this raises another interesting point. Some people ARE doing that sort of thing – paying off other people’s debts. Whenever individuals or groups pay off someone else’s student loans – that can be a Christ-like action. That’s a little kernel of the Gospel in action. I don’t want to stretch this comparison too far, since we’re still only talking about an analogy here. Nevertheless, if a school has generous benefactors’ stepping in to pay for someone’s tuition, sponsor a scholarship, or to pay off someone’s loan – that can be real charity. That can be analogous to the Gospel. That however is not what the Biden proposal is about. So, yet again, debt redistribution is a false analogy to the Gospel.

Fifth, the Gospel is an act of self-sacrificial love, with redeeming motives, serving the people in a relational, personal, and saving way. The Biden proposal can be dressed up to sound like all that – but more likely that’s just a charade. The Biden proposal is expected to increase inflation, raise tuition rates, making college MORE expensive for future generations, and by many accounts it’s a typical political ploy to bribe privileged college-educated middle/upper class liberals for more votes. The Gospel shouldn’t make it HARDER for future generations to get to heaven. The Gospel isn’t an impersonal manipulative bribe; it’s a personal, persuasive, and righteous plea. In that way, debt redistribution is a false analogy to the Gospel.

Sixth, and finally, the Gospel resolves debts – issuing both justice and grace – to where the debt is completely paid while the people who are drowning in sin debt can still be saved. Compare that to the Biden plan. Biden’s proposal transfers debt from people who volunteered for it, to people who didn’t. That debt didn’t disappear. It’s not resolved. It’s not even forgiven. It’s just redistributed, kicking the can down the road – only this can is more like a debt bubble poised to explode just like the housing bubble did in 2008. In that way, debt redistribution is a false analogy to the Gospel.

“Forgive us our debts as we forgive our debtors” – that line in the Lord’s prayer challenges all of us to be merciful, gracious, generous and forgiving. As Christians we should be the kind of people who don’t hold grudges. We should be charitable, and self-sacrificial. We should even step in, now and again, to share other people’s burdens so they can escape crushing debt. Those are all good things. But it should be clear by now that these virtues are NOT the structure of the Biden proposal. True, it would be gracious to forgive someone who owes you a debt. We should be generous with our own money. But the Biden proposal is trying to be “generous” with SOMEONE ELSE’S money. That’s not grace. And that’s not the Gospel.