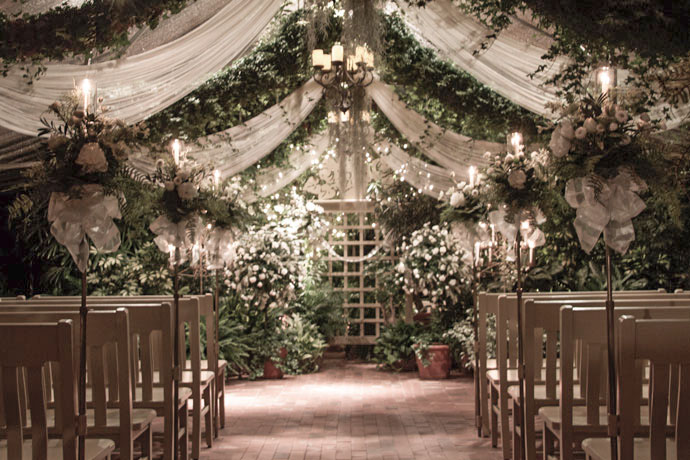 In a recent marriage talk titled, “State of the Marital Union Address” I found myself digging into Genesis. After researching all the many problems and issues with marriage in the modern era, I was kind of depressed. I like to go to the Bible when I’m depressed because I can either find someone who was more depressed than me – like Job, Jeremiah or David in Psalm 51. Or, I can find reasons for hope, patience, courage, and joy. This time, when I turned to the early chapters in Genesis I found it refreshing to dive into the lessons emanating from the first marriage. Here are some of my reflections on Genesis 2:18-25.

But first, let’s see what the Bible has to say, on its own:

18 Then the Lord God said, “It is not good that the man should be alone; I will make him a helper fit for him.” 19 Now out of the ground the Lord God had formed every beast of the field and every bird of the heavens and brought them to the man to see what he would call them. And whatever the man called every living creature, that was its name. 20 The man gave names to all livestock and to the birds of the heavens and to every beast of the field. But for Adam there was not found a helper fit for him. 21 So the Lord God caused a deep sleep to fall upon the man, and while he slept took one of his ribs and closed up its place with flesh. 22 And the rib that the Lord God had taken from the man he made into a woman and brought her to the man. 23 Then the man said,

“This at last is bone of my bones and flesh of my flesh;
she shall be called Woman, because she was taken out of Man.”

In the most picturesque of venues, God inaugurates the first marriage with the first wedding ceremony. It has all the makings of a great wedding: the perfect couple, God’s blessing, a beautiful setting, and a great buffet. Besides the forbidden tree they were free to eat of every tree in the garden (vs. 16).

The first wedding was also very different from modern weddings. There is no church building in sight or fellowship hall for the wedding reception; instead, they are in nature’s cathedral, the first temple of God’s presence – the unblemished Garden of Eden.

The wedding might seem like a private wedding because there aren’t very many people at the first wedding and there’s no real courtship to speak of. There are only three individuals at the wedding: the bride and groom, and God as their witness. But it’s not a private wedding, it’s as public as can be; it’s an outdoor wedding, where the clothing is optional. The bride and groom are hiding absolutely nothing. This wedding also takes place at the center of human civilization, witnessed by every other living person in existence, including God and the angels. Otherwise, this is a small, simple, and elegant public ceremony.

This might also seem like an elopement because there does not appear to be any courtship and he marries her at first sight. But, unlike elopements, this wedding isn’t avoiding attention. They aren’t trying to fly under the radar. This is a public wedding with the Father’s blessing.

We should also note that this is a customary arranged marriage. In modern culture, “arranged marriage” sounds scary and oppressive. But, for many cultures across history, arranged marriages were the norm; for them, it’s “orthodox” marriage. Those cultures can look at our system and marvel at how isolated, individualistic, and undersupported our unorthodox marriages must be. They might be right, considering our divorce rate. But, we can set that dispute aside admitting that healthy godly marriages can spring from both arranged marriages and love marriages. Of course, there is nothing about arranged marriages prohibiting love, instead, it’s a chance for romantic love to spring from within the invested effort of familial love. That’s more love, not less. In this case, God is overseeing, supporting, and protecting this marriage as He is the only family these two people have.

Eve was formed from Adam and for Adam to be with Adam in Holy Matrimony. God knew who Adam needed; God let Adam survey the animal kingdom for a companion; God saw that Adam needed a more suitable companion than could be found in the loyalty of a Labrador or the cuddles of a kitten. Adam needed a proper, equal, companion, someone like him but different, someone he could love romantically and who could serve with him in exercising God’s commission for humankind. So God arranged this wedding and offered Adam a bride he’d be pleased with. And God made Eve so she’d be pleased with Adam. This arranged marriage is prepared and informed by the full extent of God’s omniscience and omnipotence. This is no “rush job” elopement. This marriage is perfectly designed, from time immemorial, by the author of love, the most sacred matchmaker Himself.

The bride is not decked out in white. That custom of “white” is supposed to indicate chastity, as a sign that she has stayed morally pure for her husband. In modern times, “chastity” isn’t as valued as it used to be. Students tease each other about being virgins. Some people even scorn virginity like a shameful sign of ignorance and immaturity. I contend that those people don’t know what they’re missing. It is a blessed gift of God to enter marriage without any “ghosts of girlfriends past,” no haunted bedroom, no competition with past lovers. In the first wedding, Eve did not wear a sign of purity, she wore purity. She’s wearing something far more beautiful than a white dress, she’s wearing holiness.

Adam isn’t complaining at all, and neither is Eve. They’re both naked and unashamed. Of course, the Bride doesn’t have a veil; there’s no need for it since there’s nothing to hide. They have no blemish, no shameful sin, no sign of decay and aging. They are in the prime of their life, in every way, untainted.

The first wedding is a sort of naming ceremony. Adam had been naming all the animals, yet among them, he couldn’t find a suitable partner. None of them were right for him. A dog might be a man’s best friend, but it can’t make a suitable helpmate. Adam needs a companion, a sexual and romantic partner, who is somehow equal in kind with himself. No other mate could suit the complexity and depth of his needs. Likewise, Eve might make a fine gardener, and could probably care for all sorts of animals. But she too needs a companion who is her equal before God – a human being. When Adam sees her, finally, he receives her as a gift from God and bestows a name upon her – not unlike how in Christian marriage ceremonies the bride receives the groom’s name. He gives her the name Eve, which is Hebrew for “life.” Adam’s name means “man/human.” But he’s just getting by, surviving incomplete and lonely till Eve joins him. She is made as a life-giver, and for Adam, she is the life of the party. There was no wedding, or wedding party till she arrived. Now he can celebrate, with her, and their celebration is an adult celebration if you know what I mean. They will be making a new life soon enough.

Eve’s name suggests a heritage for womankind. Anyone who has studied human anatomy can testify how the woman’s body is a marvel of life-giving design. She has a complicated system of reproduction where she can carry, birth, and ween a child with her own body. She needs her husband to inseminate new life, and she’ll need him for different things in the course of pregnancy and parenting, but her body does most of the work in bringing that child into the world. Adam can make things out of dirt, and sticks, and leaves, and he can cultivate a garden. But Eve can raise life inside of herself. The heritage of Eve is life itself.

In Part 2 we’ll look at Genesis 1:26-31 and the image of God reflected in marriage