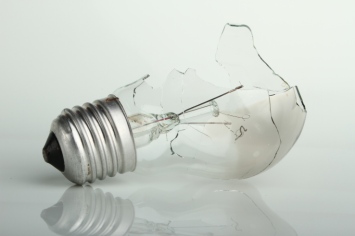 Are we smarter now than in ages past? That’s a big question, but we can first admit some signs of hope. There is solid college enrollment numbers. Publishing–digital and print–is still going strong so there’s, apparently, an audience out there who likes their look on the shelf and might even read them. The internet, while a mixed blessing, has put a universe of knowledge at our finger tips. Technology is booming. So there are some signs of hope.

However, we have not just gotten “dumber.” The intellectual problem we face is more complicated than that. Our concept of “intelligence” has shifted to suit a shallow medium of information (the internet) and this medium is perpetually biased by entertainment and sales constraints. This post is 500 words for that reason. People want to skim lots of information quickly, so no long blogs.

I have college-bound A-B students who’ve graduated from a respectable private high school who have never read a whole book. They’ve never analyzed a movie for it’s greater significance (socio-cultural importance, theological/philosophical import, etc.). They mistake texting competence with “literacy,” and have the attention span of goldfish. I no longer plan for 1-2 students with ADD/ADHD.  Most all of them have ADD/ADHD. As for critical thinking, unless students take a class with debates, or worldview training, or philosophy and logic they will likely be unequipped to analyze popular rhetoric for soundness. When it comes to feeding our lives with a diet of good heavy ideas and thick information many people don’t even know how to chew.

It’s not that we’ve just gotten “dumber.” We’ve gained abilities like multitasking, programming phones, and navigating webpages.  We are skilled critics of popular entertainment. Everyone has opinions about Netflix programs, Pandora and Spotify stations, and athletes/recording artists/actors. We have even gain some information amidst our voracious appetite for entertainment. We learn about diseases from “House,” game theory from “Game of Thrones,” survival skills from “Walking Dead,” politics from “House of Cards,” and voice lessons from “The Voice.” But what have we traded for these shallow skills?

The American family is more thin and aimless than in recent memory. One might even say the growing trend of “Nones” (religiously unaffiliated) suggests we’ve traded God for Google. After all, Google is the nearest thing to omniscience we have. We worship Google daily in faithful loyalty and daily homage. Libraries are Roman ruins. Critical thinking is slow and boring; wikipedia thinks for us. Our thoughts on God, politics, ethics, economics, are shaped more by youtube than by anything written by a teaching scholar in those fields.

In short, we’ve submitted to the constraints of current media formats. We’ve mistaken information for knowledge, taste for nourishment, flirting for loving, smarts for wisdom. Our relationship with technology defines us more than our relationships with each other.

Are we smarter? Tragically, no. With more access to wisdom and truth than ever before, we’ve traded our library card for a movie rental. As Neil Postman put it, we’re “Entertaining ourselves to death.”