Perhaps the strongest evidence against old earth theories (about the age of the earth) are the repetitions of “there was evening and there was morning, the # day” (In Genesis 1). Added to this is the fact that yom, “day,” normally means a literal 24 hour day when it’s used in a numbered sequence. 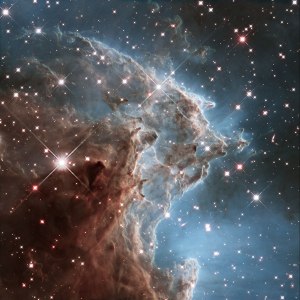 However, the sciences now tell us that time is relative. Literally speaking, one day of cosmic time (with reference to some scale beyond this solar system) could be 2 billion years in earth time and still be a literal day.

Second, it seems that the Genesis account allows for the universe itself to be in great flux, for the creation of night and day, creation of the luminary bodies, and the settled forming of the earth. All of these would create a cosmic landscape that differs signicantly from this one. Yet the 24 hour calendar day is measured by this solar system not that one.

Third, there could be gaps between the days. According to John Lennox, in 6 Days that Changed The World, multiple gaps would resolve a lot of the hairy theological problems while according with the best science. Even though they aren’t mentioned in the text–no small matter–their presence still allows for brief and literal creation days while according with the old earth conclusions dominant in the sciences via big bang cosmology, half-life dating mechanisms, and geology. There would be anomalous short periods of creation followed by long epochs of populating the planet with offspring. There could even be theistic evolution during this period–though, in biology, only degradational or neutral biological change seems yet submitted to observation since the fall (Gen.3).

Lastly, the word for day, yom, does allow for 24 hour days as well as longer periods or epochs. For example, “Back in my day gasoline cost 87 cents.” As stated earlier, yom could signify both the short and long senses at the same time here but with reference to two different calendars. Cosmically speaking it could be a “short” single cycle day, as the twenty-four hour day is on earth. Yet locally that single cosmic cycle constitute a vast epoch of time, such as 2billion years.