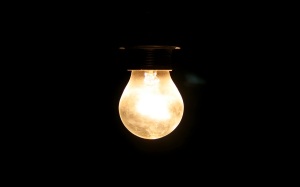 “Why are you sleeping? Rise and pray that you may not enter into temptation?”
“Judas, would you betray the Son of Man with a kiss?”
“Have you come out as against a Robber with swords and clubs?”
Luke 22:46, 48, 52 (ESV)

Apologists often act as the ‘answer’ people. We search out tough questions people are asking and we meet them there with a ready answer. After all, is that not what 1 Peter 3:15-16 is all about, giving an answer? Well, yes and no. It’s very important that Christians anticipate some of the key questions that are liable to come up, and have at least some preliminary answers in mind. But oftentimes a good question is the best answer. Questions are valuable tools in our reportoire for several reasons. First, it allows the other person to talk. People love to talk about themselves, and they generally like you better when you show interest in hearing them talk. Also, second, while they’re talking you can seek to understand them better, listen hard, and find commonalities. These will be especially helpful if they come to trust you enough to hear what you have to say later. While listening, you can better aim your next response so that it addresses them appropriately. Third, questions allow the other person to discover a truth for themselves. People generally don’t like being told what to do or what to think. But they can arrive at that same conclusion sometimes, by offering an interesting question. Fourth, questions reflect patience and humility. Instead of jumping into your “hurry-up” offense reciting your memorized spiel, let the other person try to solve a core problem on their own. They probably aren’t going to get as much information as you want to offer, but they are likely to learn more and be more interested in it if they’ve discovered it themselves. Fifth, questions like “Why do you ask?” and “Would you clarify?” can help you get a clearer sense of what they are trying to find out. Sometimes people intend something different than what they are asking. Sixth, questions keep you from steamrolling them in a one-side monologue. Seventh, questions can put you and the other person on the same side, trying to join them in solving a common problem. Eighth, questions can “take the edge off.” Our apologetic talk is often an aggressive attack when it would work much better as an inviting conversation.

This question method is not terribly original. You may know it as the “Colombo Tactic” (Greg Koukle’s Tactics) or the “Socratic Method” (Socrates’ preferred means of discourse). But it can be traced back, as well, to Jesus himself. The night of Jesus’ arrest, He models a precise use of questions. When he could have shouted, “You idiots! Quit sleeping!” or “Judas, don’t kiss me you traitor,” or “You villains shouldn’t be arresting me.” Instead, Jesus asks a question in each case which challenges them to reflect on their behavior. This verbal move might seem less pointed but it’s actually more penetrating. His words aren’t punishing them, instead it lets the people do that themselves. Their own self-reflection reminds them of how they’ve gone wrong. Jesus’s point is better made because of the questions. Apologists would do well to master the art of asking good questions.