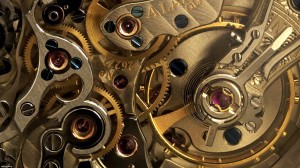 A common objection to Intelligent Design is that it fails to rise to the level of science, sinking instead on the weight of it’s unfalsifiability. Whatever other objections might be mustered against the scientitific status of ID, this one doesn’t have to be one of them.

So is Intelligent Design falsifiable? It depends on what demands you make for “falsification.” Science broadly operates in inductive inferences with a subtext of logic and philosophy which can deal in deduction. Most of the interesting conclusions of science have been through the imperfect but practical method of experimental verification. If someone demands strict logically DEDUCTIVE verification or falsification, that’s only sometimes if ever true of natural science. If someone demands strong corroboration of a theory by INDUCTIVE verification or falsification, well now we can start doing some science. ID fits pretty well here since we cannot test a theory that “X happens by unguided processes” without also testing AGAINST it’s opposite, “X happens by guided processes.” It is literally impossible to test the notion of “unguided change” without also testing for “guided change” at the same time. In the terminology of logic, these two statements have an obverse relation (All X is unguided —> [obversion]–> No X is guided). This kind of logical inference is a direct inference, unmediated by syllogistic premises (i.e.,Premise 1: “X is Y,” premise 2: “Y is Z,” Conclusion: therefore X is Z). Syllogisms are indirect inferences, since they require more than one premise before a conclusion can be drawn.

If we had to break all this down into brass tacks, you can offer some concrete examples to show how ID is falsifiable. Under the premise of ID you can propose and test several expectations of biological organisms. You don’t have to name the designer, or start talking about a designer like it were a personal God just to be able to test ID. To get into the specifics about a designer would be more akin to theology than natural science anyway. Some examples ID theses might be, “the incidence of infertility will rise in the samples of microbes which were forced to mutate by external factors.” This is not a “strong/hard” proof–suggesting high probability for a designer; it’s too thin a line of evidence to provide overwhelming  support for such a huge claim as ID; but it’s nonetheless testing something that one can predict if certain expressions of ID were true, and which would not necessarily be expected if ID were false.

A more historical example might be how scientists under the expectations from ID favor hypotheses where biological assemblages will turn out to be remarkably functional with little waste; what we could expect with a designer and would not expect as often or as much with unguided nature. So, we can look at the human genome under the assumptions of evolution and see the confusing “letters” of our chronomosomes as being rife with “junk” leftover from past evolutionary stages. By that expectation we can be led to treat as “gibberish” what is actually a language we hadn’t bothered to understand. If our scientific assumptions bias us there, we are led away from the best science because of our evolutionary and materilalistic assumptions whereas ID would bias us towards truth, disposing us more naturally to how things really are.

In summary, I’d suggest that ID is testable, though unfortunately it’s not often as directly and deeply testable as we might like. And it further suggests legitimate methods and modes of testing that can follow a different exploratory course than evolutionary biology does. We can approach biology for insights on reverse engineering–a concept that’s unfit/misleading if there’s no engineer but only accidents. We can study DNA for clues into codes, code-breaking, computer language, etc.–even if we know that our technological and semantic uses all imply mental ability. By supposing “purposes” in nature, we have a wider range of hypotheses we can entertain in our experiments.  Moreover, we can treat the almost inescapable teleological language (purpose-language wherever it may occur) as real and not just some “useful fiction” or mere “heuristic device” (teaching tool). All of this suggests that the ID theorist can be common sensical and realistic in his approach to science instead of being maligned and marginalized as if his ID were magic.

8 thoughts on “Is Intelligent Design Falsifiable?”